One of the hardest things we have ever gone through in our entire marriage is waiting for progress on the adoption. I originally thought the huge binder of paperwork that I completed and the longing to find her would be the hardest things up to meeting the potential(s). A lot of people blog about the home studies, which are definitely a difficult time since the information out there is so contradictory and it can take a long time to become approved, especially if you’re wanting to adopt or foster really young kids. It’s when you dig deep and get into the adoption forums and some blogs that you hear about the waiting game.

We have had several delays due to some technical issues and a local news station even reported about DCF going to our Capitol to get approval for more funding to use as incentives to recruit and retain social workers. Currently it’s a critical shortage and they need workers now, plus to give workers a reason to stay in such an emotionally difficult career. There are a lot of balls they have to juggle and have incredibly huge case loads. Without enough workers right now we can expect to stay in what we now call “the dead zone” for a few more months. We will hit the end of our first year in this journey in one week. We never thought it would be this long since we have everything ready for Kiddo and have tried to learn as much as possible. We thought that our eagerness and preparation would make us idle candidates, and therefore we would be handled quicker. We’re four months past that possibility.

Adoption is so worth while, because there is so much need and so much potential. The stats for children aging out of the system are heart crushing. Their rate of unsuccessful lives as adults is awful. With some help they can actually work toward their dreams and become happy, contributing members of society as adults. As one quote I ran across says, “Adopting one child won’t change the world, but for that one child the world will change”. (No author cited.)

This waiting period allows all of the fears and doubts creep in, and they totally overshadow that joy and excitement that filled you while you painted their room in the middle of the night, while sharing your previously secret plan to adopt, and sustained you through all of the binders full of paperwork. And if you turn to research during this time, to make you even more prepared to spot potential issues or triggers, you get sucked down into all of these differing opinions of what is “the right way” and you start to wonder if the delays are a sign that you shouldn’t proceed. I’ve had a few hours of crisis throughout this where I questioned if we were the right people to raise an adoptee. During one episode my incredibly wise friend that has a knack for finding the words I really need, found a quote on Pinterest to send me. 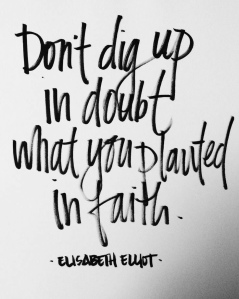 Most times I just sit and keep re-reading it like a mantra. It is probably the most needed advice I’ve received during this stage and I’m so thankful for the strength I pull from that thought. Sometimes the whispers of doubt are louder than my mantra, though, and my support system, and the coping techniques my disability psychiatrist taught me, are my life preservers. It’s easy for an introvert like me to get lost in my own mind and to treat the research as a tutorial of what I need to do. I went down that rabbit hole overnight while reading a book about the 20 things adopted kids want you to know. By chapter five I was all ready a complete failure and we aren’t even past the first stage yet. I was paralyzed with doubt yet again. After a lot of tears washed some of it away, and an anxiety pill helped calm my doom-and-gloom thoughts, I remembered that my friend suggested a while back that I gather quotes that will encourage me and help sustain me, for times like this.

He, along with an incredible support system, and a patient other half, truly are right by me throughout this process.

“The dead zone” is such a difficult time that it suddenly seems like “no” is now an option. When we started the process and before this stage started, it felt like nothing could get in the way of our goal. Never once did I think that “maybe I’m not going to be good enough” until this. 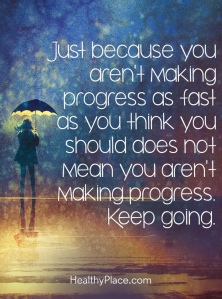 This one applies to almost any obstacle we are working through and is a good reminder to keep going.

We haven’t had a chance to even meet them, but in reading their profiles and learning about them, it is truly impossible to ignore that there are children that need us. Looking at profiles during the dead zone is a dual edged sword though. You are reminded of the need, of why you started this path, but it is like a slash across your heart when one of the kids you are looking forward to learning more about, once you finally get to the next stage, is pulled from the website. There is joy and relief that they have found their home, but you can’t help that a slightly selfish part of you had hoped they’d stay available as a possibility to become your child. Something about certain ones just pulls at you somehow and closing the door to that possibility, especially when you have no tentative time frame to be a light at the end of the tunnel, is a bit devastating.

As we wait for the third young lady we have wanted to know more about to leave the system before our profile is completed, we’ve stopped looking at the site and watching the intro videos. Sometimes you just can’t handle having a name and some of their personality in mind when you grieve about the possibilities that are closed off from your future. There’s only so much that we can go through without this hardening our hearts, so we have to protect ourselves a bit until there is enough staff at the agency to get our profile to the next stage. That’s a piece of honesty that you don’t often find even after months of reading blogs and forums. Adopting parents want to encourage others to help these children, but it’s tough to be completely honest and open without fear of it discouraging others. I think a lot of people never make it out of the dead zone, which is another explanation for it. How often do you choose to go for the hardest level when you are first learning to play a game? Very few are so courageous to go full tilt right off, despite the possibilities of pain and difficulty. Parenthood is that gauntlet as well, but at least there are typically some projected time frames for each stage. You don’t go say fifteen months without knowing if you will labor within the next few months. Someone else holds your future in their hands and they’re the only one who has an idea of how long you’ll be in this stage, and you’re not privy to their knowledge. That’s terrifying honestly.

It’s hard to believe that our government always chooses to spend money campaigning against medicinal marijuana or some other hot topic instead of funneling those resources into helping our children. And yes, they are our children. They aren’t soulless dolls that our society should ignore, put away, or forget. Adoption should be promoted as a viable parenting option; not as a last ditch effort to become parents. We should see politicians giving speeches about how they will help bring reform and help to this crisis, instead of slinging accusations about affairs and other stuff that doesn’t really change a doggone thing.

So someday I will advocate for change and for getting enough resources for our social workers to be able to perform their difficult tasks in a timely manner. Maybe changes would stop someone from stepping away during the waiting period. Maybe we can stop “the dead zone” completely someday. Those are goals for another day, for me. For now I will try to not dig up what I planted and have prayed for. I will wait. And I’ll use research as a tool for what to watch for; not as a guide to measure if I’ve all ready failed before I’ve started. I have a lot at stake and need to remember what brought our hearts to adoption.

I had a tiny bath and body business which focused on pampering. Since the business had to close due to health reasons, I write post about a variety of topics, ranging from Invisible Diseases and being a Spoonie, to fun and DIY things.
View all posts by Georgia's Pampering »
← Five Flavor Pound Cake Recipe by Leah
Fresh Grape Salsa and Chips Recipe by Leah →