I admit that I’m morbid enough that I have the funeral march as a ringtone. I’m not in that honest of a mood to confess who earned that tone, but I have it and played it today in honor of the poor Worms in Dirt Soap. I think I’ve exhausted my troubleshooting abilities and have to call the code on it. *sad smile*

The last batch of Worm soaps have been sitting at room temperature, exposed, to make sure that they would be fine once at the consumer’s. I dreaded checking them today while working on stuff. I honestly did, with good reason. Every day something else has gone wonky or wrong and today was no different. Now the color on the worms is bleeding into the soap. Lol. I am out of solutions. I have been bested. *hits the ring tone again while hanging my head* I admit that I’ve learned a lot between them and the ducks, so it was worth it. It was a damn fine idea if I say so myself. *smile*

Ah, yes, I mentioned the ducks too…I have tried every bag that I own for packaging the ducks. Nope. I’ve had them wrapped in wax paper and big zip bags while trying to figure it out, and thankfully nothing has gone wrong with them…yet. *smart aleck wink* I decided that I have to give up the idea of bagging the ducks and tying them off with some curling ribbon though. I hate to raise the prices of anything, as you well know, but I’m going to have to add the fifty cents each box cost me and stick to boxing them. (Of course I won’t charge that to orders I all ready have, although I have no idea where to write that down for the accountant, so I guess I’ll write a note and staple it to my 2013 tax worksheet for her to figure out. Mawahahaha!) I feel a bit silly because I have taped these boxes to high heaven to try to keep the soaps as fresh as I can and it kind of feels like I’m diapering the poor things. *cracking up* Seriously! Just look at the picture! The boxes have to be folded and assembled. It seems like an origami diaper. *shaking head in amusement* 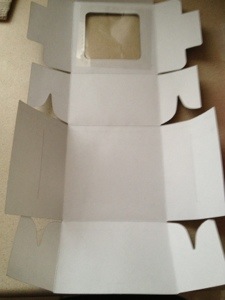 Anyway, thank you for sharing in a moment of mourning the poor worms. *grin* I never expected to ever write that…hmm. I best get out of my reclining camp chair, soaking up a bit of rare incredible weather, and craft some ducks. I hope you have some beautiful weather to enjoy this weekend and have a fun, yet safe, St. Patrick’s Day.

“But the greatest love – the love above all loves, even greater than that of a mother – is the tender, passionate, undying love of one beer drunken slob for another.” – unknown

“A toast to your coffin.
May it be made of 100 year-old oak,
And may we plant the tree together, tomorrow.” – unknown